You are visiting: Osprey® Metal Powder

You are here: A new home for the smash-proof guitar

A new home for the smash-proof guitar

Over 30 million saw Yngwie Malmsteen do his utmost to smash Sandvik’s unbreakable guitar. Now the guitar has been auctioned out which brought in USD 25,000. Sandvik donates the money to the organization Engineers Without Borders, that will use them for school projects in Tanzania. 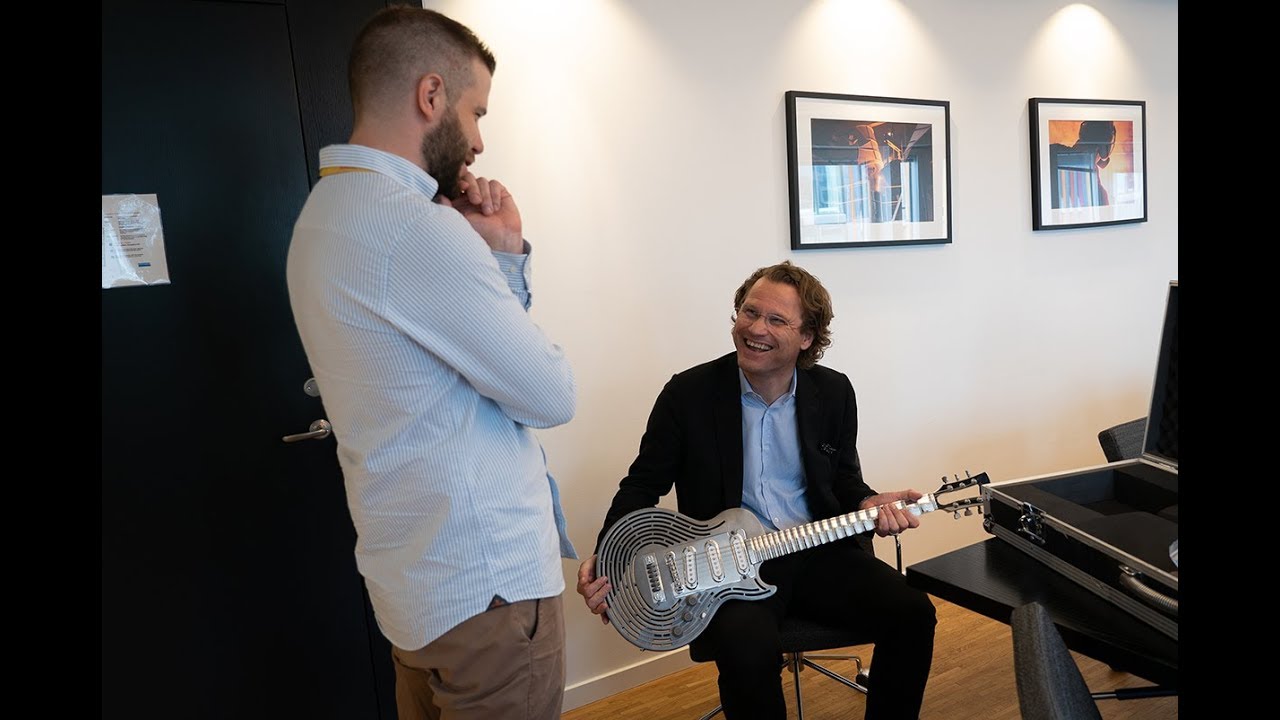 The unbreakable guitar was at the center of the latest film in the Sandvik brand campaign Let’s Create. Now it has got a new owner, venture capitalist Pär-Jörgen Pärson who has also written the management book "Heavy Metal Management" and served for nine years on the Board of Directors of music streaming company Spotify.

“It was impossible to resist such a crazy project as this, which included the world's best guitarist and a Swedish industrial company. I loved it and the opportunity to buy the guitar was too cool to miss”, he says.

Improved education through the donation

Pär-Jörgen Pärson has a genuine interest in guitars. He started playing himself in his early teens, has been involved in several bands and owns a comprehensive vintage guitar collection.

"This guitar at first glance doesn't really fit into my collection of vintage guitars from 1963. But, since Yngwie J. Malmsteen, one of my foremost guitar heroes, was just like me born in 1963, I think this beast of a guitar fits nicely in my collection theme and it´s indeed fantastic to be able to at the same time support the important work that EWB does”

Engineers Without Borders Sweden (EWB) will use the donated money in their school projects in northwestern Tanzania. EWB, together with a local partner, runs a project with 100 primary schools, each with 700‒1,000 students. The first step involves access to water and sanitation while step two is about digitizing the teaching.

Jessica Alm, Communications Director at Sandvik, had the pleasure to hand over a USD 25,000 dollar check to Caroline Bastholm, Secretary Generary for Engineers Without Borders Sweden. Pär-Jörgen Pärson was happy the money goes to a good cause.

“The schools are remotely located in rural Tanzania with no access to books. Computers and internet access provide access to knowledge via the Internet and the donation makes it possible for us to improve the education at these schools,” says Caroline Bastholm, Secretary General of EWB Sweden.

Send feedback about this page